On the north end of our park, cross over the 1901 Stone Arch Bridge to find yourself in the Red Bridge Settlement, where the historical Lime Kilns reside. You’ll quickly see The Red Bridge in the distance as you approach the Pivot Bridge and Mill, as well as the Hubbard and Harley Warehouse and the Lime Kilns on your left as you walk the driveway/trail.

Go see an 1874 Wrought Iron Bowstring Arch Bridge that once sat over Paint Creek east of Camden, Indiana. This is Indiana’s oldest iron bridge still in service—this time in a different location and now used as a pedestrian trail crossing over the canal.

Moving, restoring and resetting this historic span began in 1998 by the canal’s volunteer crew and it took over a year to complete this project.  Funding came from donations and a Hometown Indiana State grant.  The metal was wrought iron and the structure was fastened together with over a thousand bolts (not rivets) so when it was disassembled, surprisingly only four bolts were broken.  If these bolts would have been steel likely most or all would have had to be replaced. The multitude of parts were like an erector set as new bridges in that time could be received from the factory at a railroad station and carted in manageable bundles to the creek site and erected piece by piece with bolts.

The Pivot Bridge and Mill

Experience how a road or pedestrian crossing over the Canal could swing out of the way for boat traffic on this outdoor “kid” sized exhibit. See the Little Red Mill that represents how flour and meal were ground by early water powered mills.

Go see the 1850s warehouse where our canal boat, The Delphi, stays at night and in winter elevated above the water when not in use for longer periods. Hubbard and Harley were the purveyors of quality plaster, mortar, and whitewash that they produced onsite from 1857 through 1874. The restored Lime Kiln is just behind the warehouse. Canal barges in those days delivered Hubbard and Harley lime products packaged in barrels to distant ports from this very site.

This building’s architecture reflects the looks and function of the water entry (slip) of a similar canal era structure owned by the Speece Brothers and located five miles north of Delphi.

View our map, focusing on the
Red Bridge Settlement 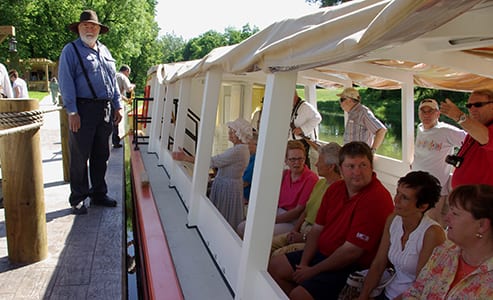 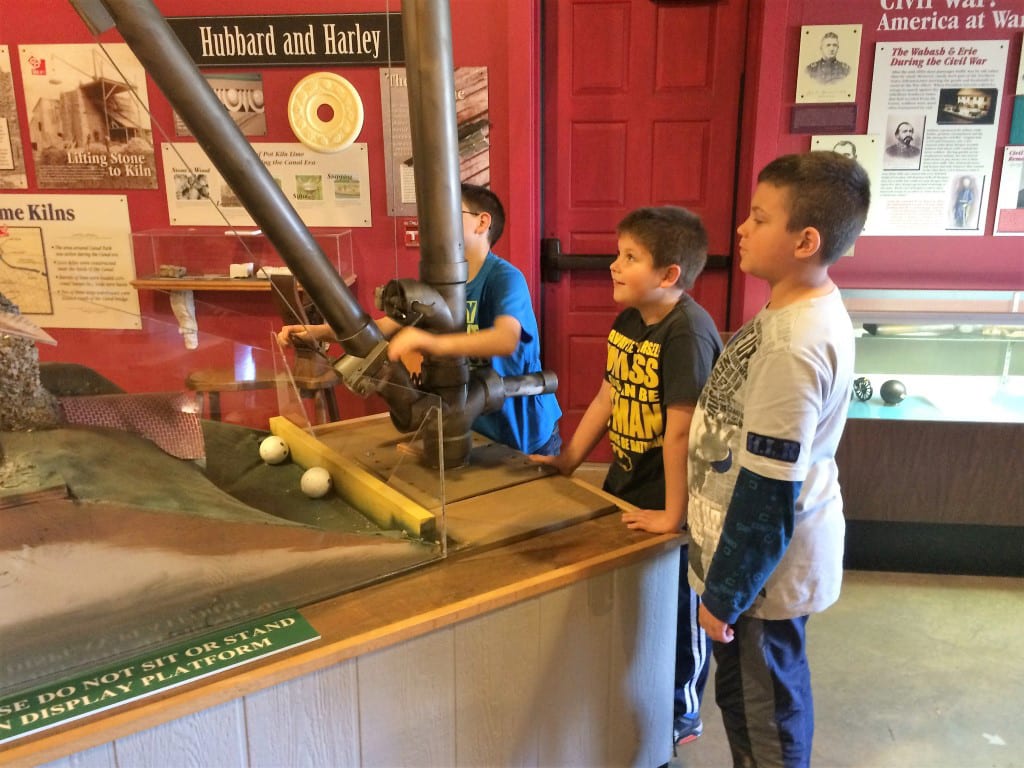 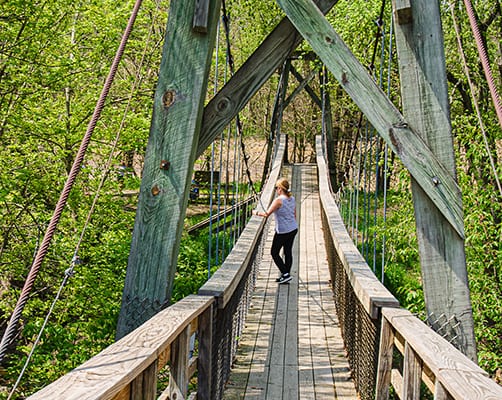 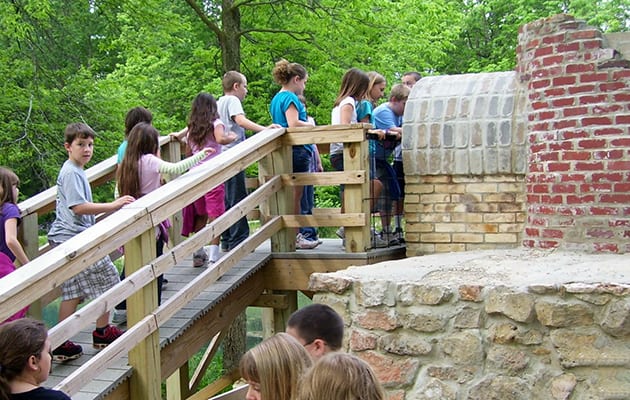 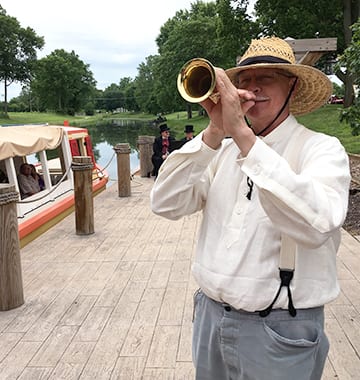